No replies to this topic

We received notices at 10:34 PM ET that multiple servers were running low on CPU simultaneously. Upon logging into the servers we found a WordPress brute force attack was ongoing. We tracked down the source IPs responsible for the attacks and blocked them network-wide.

You may have seen your site be a little sluggish for a few minutes and it's entirely possible this attack will evolve, however, we are going to be watching for it and working to ensure stability.

Below are some Average Idle CPU graphs for the affected servers to give you an idea of how much CPU was used by this attack and how quickly the attack was mitigated.

If you have any questions, let us know. 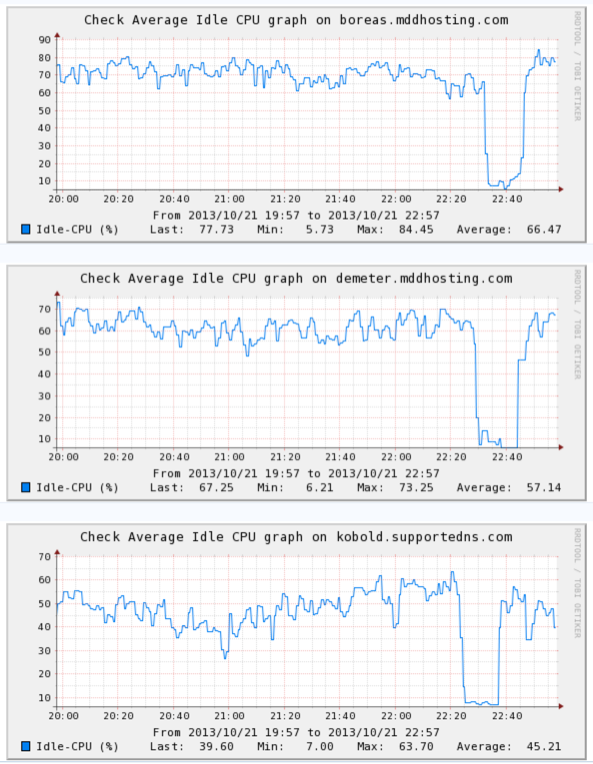 Back to Server and Network Announcements

1 user(s) are reading this topic