2 replies to this topic

We will update this thread when we have more information to provide. 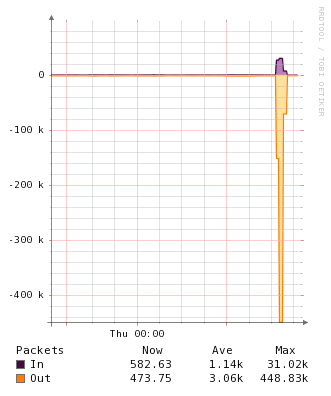 The graphs drop off quickly due to us placing a null-route quickly to eliminate this attack traffic. It peaked at 448,000 packets per second and 549.73 megbits per second before it was null-routed.

Due to the nature of the attack and the fact that the targeted IP is shared by numerous accounts, we are shifting all affected accounts off to different IP addresses. We are doing this in small batches so that should the attack move, we're able to limit those affected and to work towards identifying the account that is under attack.

All sites on the affected IP have now been shifted to new IP addresses. We will be watching for the attack to return on a new IP, at which point that IP will be null-routed and those accounts split off again in smaller batches until either the attack fails to return or we identify the target of the attack.

Also tagged with one or more of these keywords: Current

1 user(s) are reading this topic